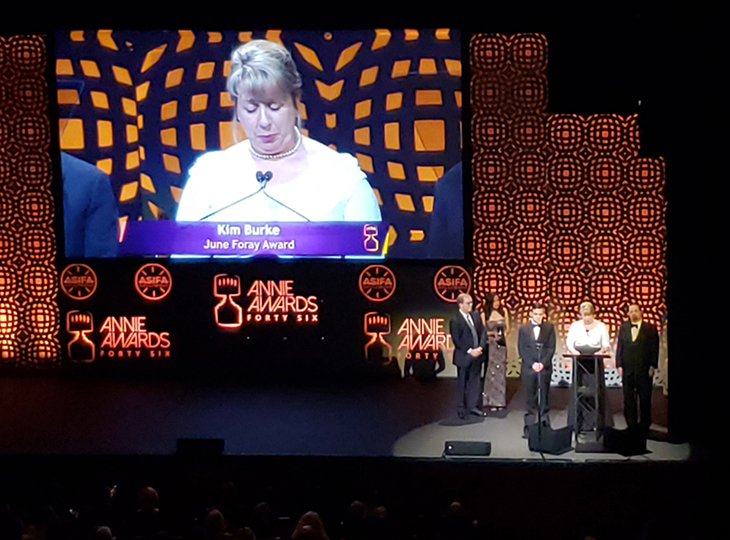 NorthBay Healthcare Foundation Board Member Adam Burke was posthumously honored by his animation industry colleagues at a glamorous awards presentation in February in Los Angeles.

Introduced by Pixar Director Brad Bird, Adam’s wife Kim took the stage, accompanied by sons Aiden and Zach at the 46th Annual Annie Awards ceremony. She accepted the June Foray Award on behalf of Adam, who lost his battle with lung cancer in October 2018. 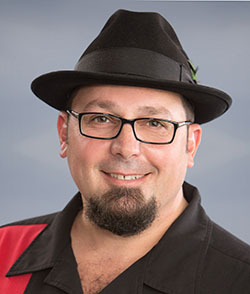 Adam, a longtime animator who had a hand in nearly every Pixar release for the past 15 years, was honored for his passion for animation, talent, generosity and kindness. The Foray Award acknowledges significant and benevolent or charitable impact on the art and industry of animation.

NorthBay Healthcare Foundation President Brett Johnson and a group of board members, staff and friends attended the event, to lend support for his family.

Not only did Adam serve as a NorthBay board member, but Kim is a NorthBay Guild volunteer, and Zach has worked at NorthBay for nearly six years.

Adam started the Pixar Children’s Hospital Visit Program in the Bay Area, which eventually expanded into a national program. It enabled thousands of kids across the country to see Pixar’s films, receive drawings from artists and have time with people who genuinely cared about them and their families.

“The quality of his work and the quality of his character improved every life that he touched and will continue to radiate out into the future, because this past November Pixar announced that it is naming its program that brings a little joy to sick kids the Adam Burke Children’s Hospital Visit Program,” the Pixar executive noted.