Boy Takes on Role of Santa

A holiday miracle of sorts took place in Decemberat the NorthBay Center for Women’s Health. 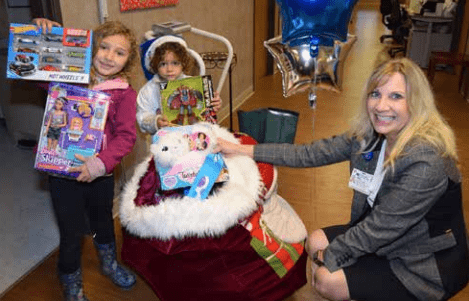 Marcelo Emerson realized a “lifelong dream.” The 5-year-old became Santa for a day, by giving away his birthday gifts.

“He’s a very kind boy,” said his father, Eddie Emerson. “He always said he wants to be Santa when he grows up.” NorthBay was lucky he didn’t wait that long. He just turned 5 on Nov. 21, said his mother, Tara Bonneville, a NorthBay nurse. “He insisted we tell everyone who came to his birthday party to bring gifts that he could donate.”

When asked why he wanted to do that, Marcelo answered in a very small voice: “Because some children don’t have money for clothes and stuff.”

Tara called to ask if the staff might be willing to give Marcelo high fives or a sticker — to reinforce the importance of giving. Mary Jameson, director of Women’s Health, and Heather Troutt, clinical manager for Women and Children’s Services, put their heads together and came up with a plan. 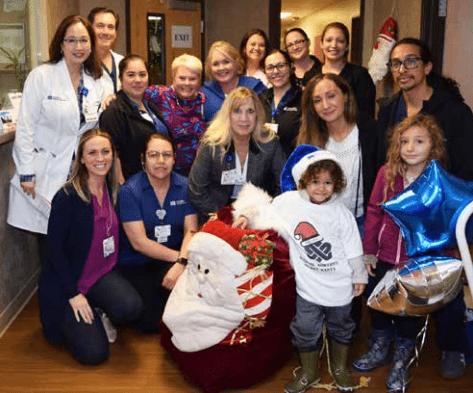 When the family arrived, they had a special “NorthBay Secret Santa” T-shirt and balloons ready to greet Marcelo. They then took the family behind the scenes where most of the staff gathered to give the boy and his sister high fives and to pose for a photo.

Tara said she’s always encouraged her children to give, and in fact, 7-year-old Zoe has also donated toys to other programs. “Zoe’s birthday is Dec. 27, and Marcelo’s is Nov. 21 — both so close to Christmas. They get so much, and this way, they can give back.”

The staff had another surprise. They invited the children to join them Dec. 20, during the Women’s Health Clinic party when more than 200 children and their families attended. Marcelo handed out toys to the children. “I’m overwhelmed by all this,” said Tara. “This is something he’ll never forget.”